Up, Down, or Out? Extending Your Home

Recent figures released by the Office for National Statistics reveal that average house prices across the UK are on the up, albeit only slightly at 1.4% in the year to April. 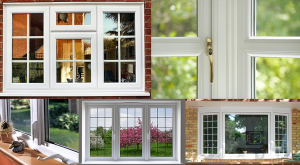 However, when broken down into regions the picture is very mixed with London house prices jumping by 5% in the year to April, whilst the North West saw a 1.3% fall. This was only topped by Northern Ireland where the fall of 8.1% may partly be due to the knock on effect of the housing crisis in the Irish Republic.

With such a mixed picture adding to existing worries about negative equity and the future of the economy it is perhaps not surprising that many people are looking to expand or refurbish their existing homes rather than trade up to a new property.

Many opt for double glazing first – so, What is The Cost of Double Glazing a 3 Bed House in 2019?

Whilst for some a house extension may be a simple matter of taking a chunk out of the garden, others who live in conservation areas or listed homes are far more restricted. The June 2012 briefing paper on the future of London revealed that some 600,000 homes in London sit within conservation areas.

So, what options do those living within a conservation area have for extending their homes? To some extent this does depend on the area itself. However, many conservation areas only impose restrictions on the external appearance of the area leaving householders the option to extend up into the attic or down into the basement.

These could include the addition of dormer windows at roof level or the creation of a light well at the front of a property.

There are other potential hazards which could trip up those planning an upwards or downwards extension unless they take professional advice from an expert. For example, concern has been raised in certain areas of London that basement extensions could be diverting the water table, leading to unforeseen flooding and potentially damaging foundations. Similarly, extending upwards sounds simple but if joists and wall structures have been built simply to carry the weight of the roof then an attic extension could not only require extensive remodelling of joists but also may require a form of structural strengthening.

These types of problems are not insurmountable but they illustrate why it pays to employ the services of a professional building company alongside advice from a structural engineer or architect. Whilst the news that house prices are generally rising is good news for those trapped in negative equity; for many the ability to extend their homes, to continue to live in a community which they know and trust is far more liberating than a mere house move may be.

Get info & prices at https://www.doubleglazingpriceguide.org.uk/